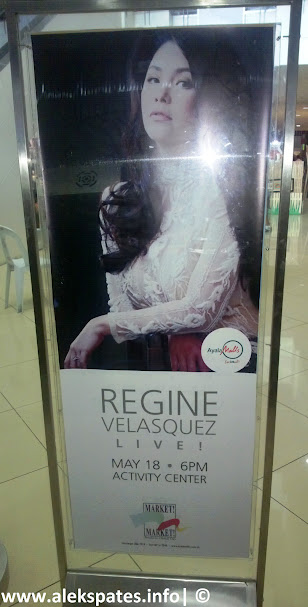 Despite having the Acid Reflux medical problem, the one and only Asia’s Songbird, Mrs. Regine Velasquez-Alcasid (RVA) was able to prove that nobody can still beat her in the Philippines stage when it comes to belting power. This was during her mini-concert held at the Market Market, Bonifacio Global City, Taguig Philippines, May 18. 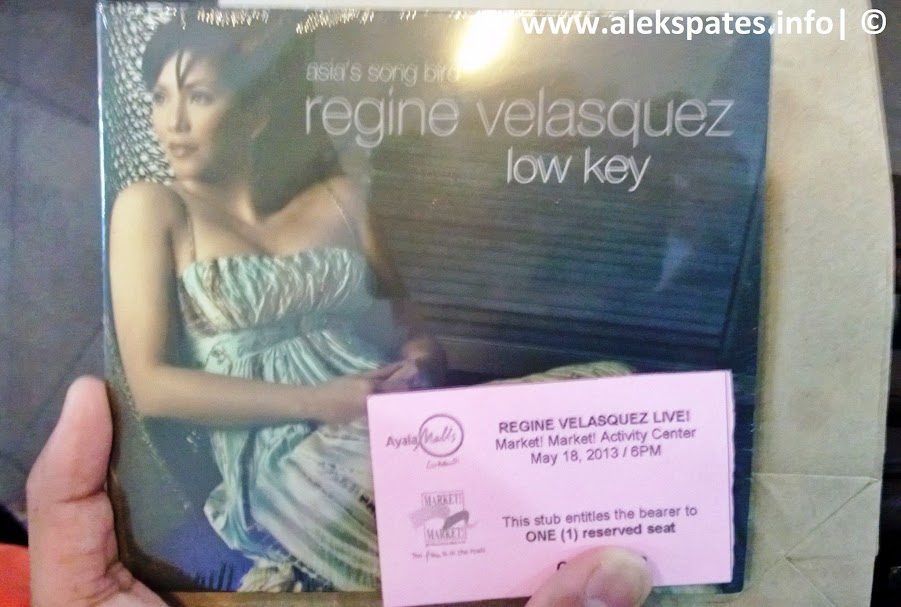 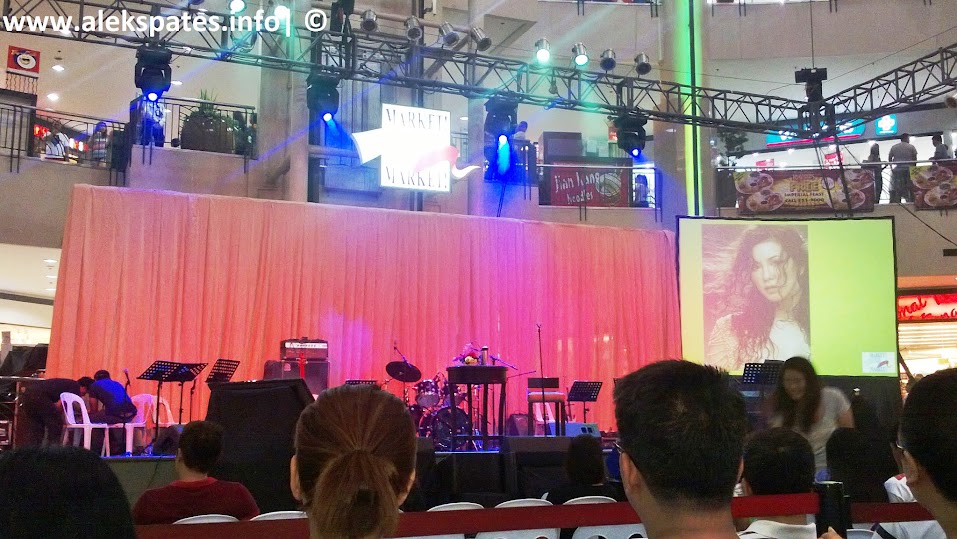 I was one of the early birds who caught a good seating location at the songbird concert! 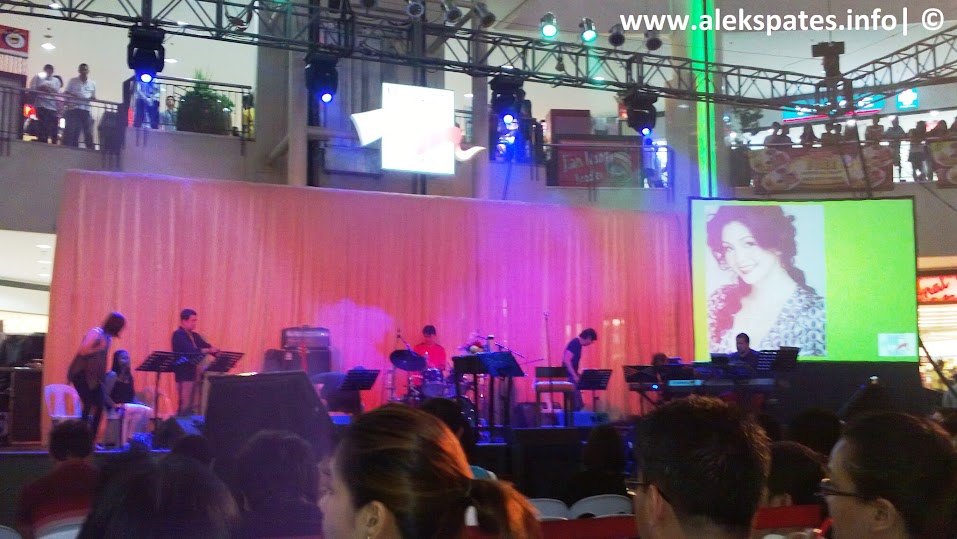 In this photo, the concert was about to start in a few minutes so the band was preparing their respective instruments.

One of my favorites in this mini concert was when she performed the song Catch My Breath. It was a truly breathtaking performance that only a true songbird can take risk.

Click on this link to watch the Catch My Breath performance.

Of course, she nailed all her performances as the audience felt that in every note that she has hit, she hit it perfectly with all her heart, a trademark of a world class talent. Actually, after the Adele Medley performance which she flawlessly gave justice, the audience made their standing ovation. Hence she then returned the favor by giving another set of Dance Medley songs. 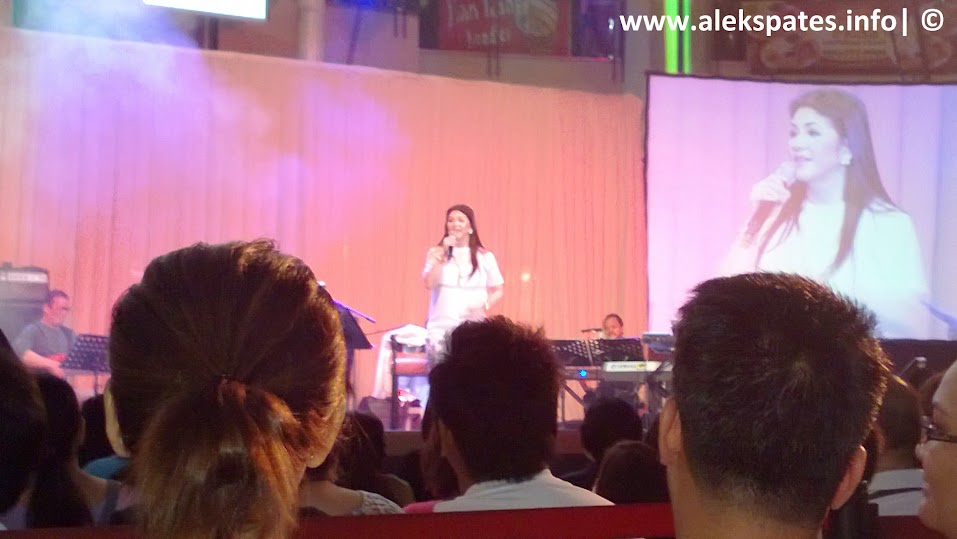 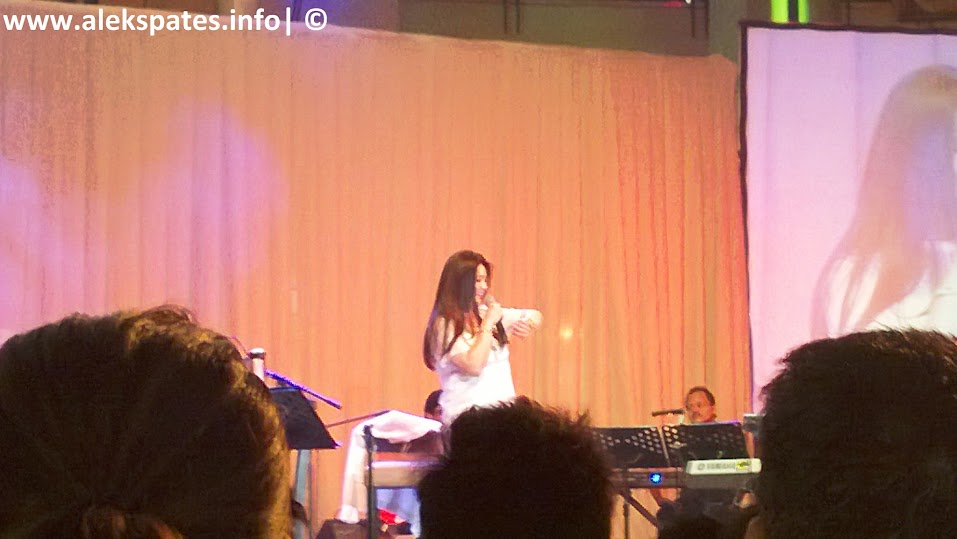 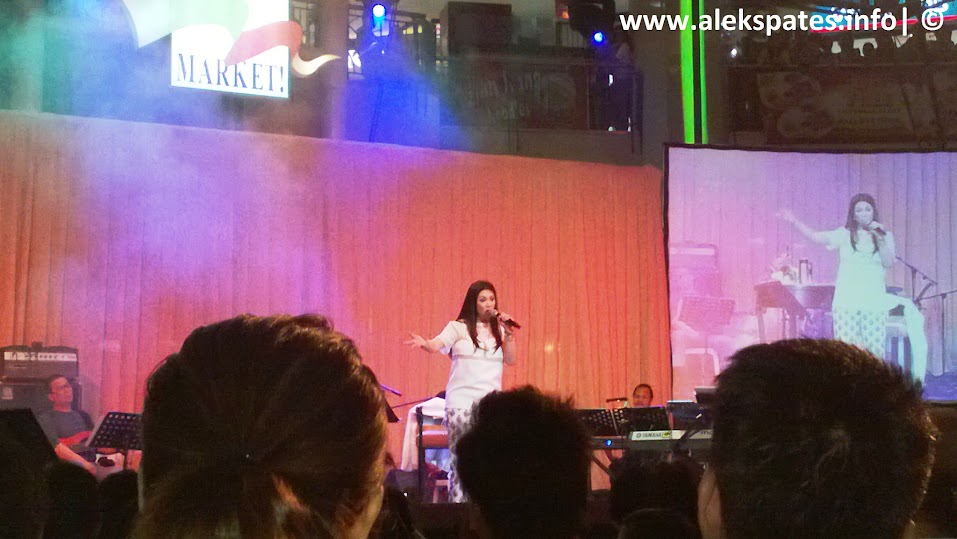 During the half of the show, RVA has announced that she is currently undergoing a Vocal Therapy to completely regain her golden voice.

Click on this link to watch the short video clip of her impromptu speech.

The jam-packed mini concert lasted for an hour and as expected, the audience was completely satisfied.

Mr. Raul Mitra, the songbird’s brother-in-law, was the Musical Director of this successful event. (AAP)

Engr. Aleksandre Pates (a.k.a. Aleks or André) is an I.T. Professional and Electronics Engineer by profession, but it didn’t hinder him to enrich his skills and broaden his experience in theater and literary. He is also a College Instructor/Professor, Playwright, Artistic/Creative Director, Singer, Songwriter/Composer, Resource Speaker/Lecturer of Campus Journalism, Editorial Writing, Creative Writing and Leadership Empowerment for Youth. He is a Palanca Awardee, and he was the Editor-In-Chief of The Philippine Artisan (official student publication of TUP-Manila) from 2003-2007. He is a Certified Oracle Partner Expert since 2010, a Certified Harvard Connected Manager, and a member of the prolific playwright organizations in the Philippines, The WritersBloc. He also holds numerous positions in socio-civic and professional organizations like Institute of Electronics Engineers of the Philippines (IECEP – Manila Chapter), FEU Institute of Technology, and De La Salle Araneta University Alumni Association, Inc.
View all posts by Aleks →
This entry was posted in Music and tagged Ako’y Iyong-Iyo (from her album Covers Volume 1), and Adele Medley, Asia’s Songbird, Asia’s Songbird Mini Concert at Market Market, Asia’s Songbird Mini Concert at Market Market May 18 2013, Catch My Breath (as popularized by Kelly Clarkson), Clouds Across The Moon (from her album Low Key), Diamonds (as popularized by Rihanna), Regine Velasquez, Regine Velasquez Vocal Condition 2013, Regine Velasquez-Alcasid, The Only Exception (as popularized by Paramore), Tuwing Umuulan (from her Kailangan Ko’y Ikaw OST album), You Don’t Know and True Romance (from her album Fantasy). Bookmark the permalink.