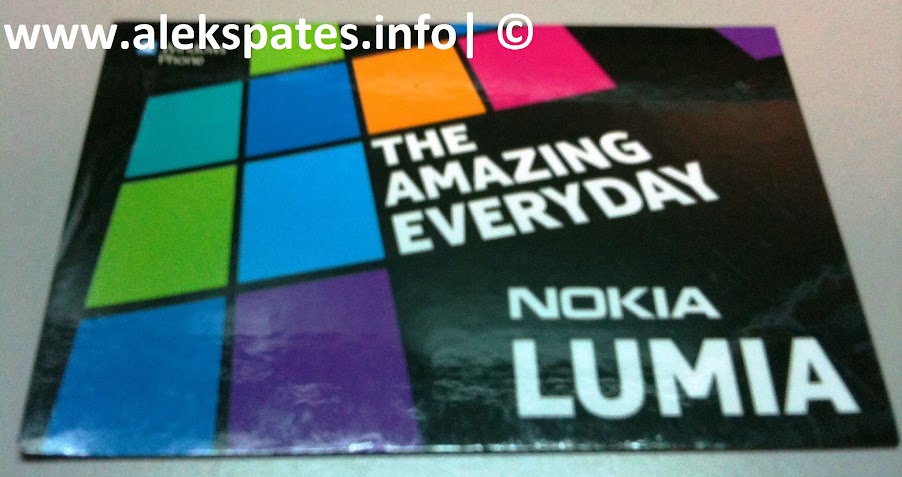 If you think that brand name is more important for wise men, well in this era of modern technologies, you are definitely wrong! Because if you will ask a techy person regarding a gadget that he or she prefers, their preference will definitely base on how they scrutinized the specification of a certain product.

On the other hand, if you will ask the same question to a workaholic person, their answer might depend on how useful it is to their busy work or lifestyle. Moreover, if you insist to ask the same question to a socially-inclined but resourceful person, they would probably base their answer on the price of the gadget. Surprisingly, this is what Nokia offers to their 21st century customers; introducing, the new sets of Nokia Windows 8 phones: Lumia 620, 820 and 920.

Model numbers may just be part of the product’s existence but in reality you will notice that Nokia has developed these smart phones with customers of almost all classes in their mind. Check out the phones’ specifications below and I’m pretty much sure that you could find the one that meets your desire. 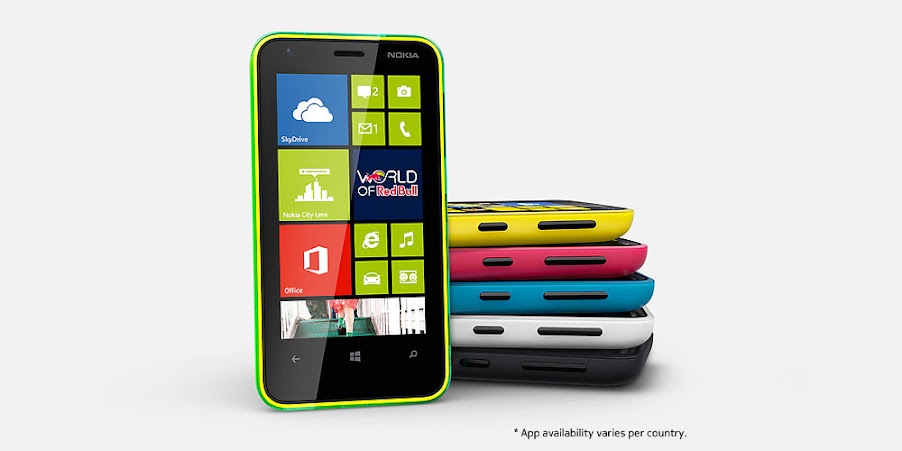 Among the three new models, Lumia 620 might be the best option for the socially-hipped but resourceful person who always considers the budget in a gadget. Having a 3.8 inch LCD screen, the size of this phone is not that bulky because it’s only 11mm thick and weighs 127g. It has a 5-megapixel rear camera that impressively adjusts the images’ lighting and contrast. Also, this phone has a front-facing VGA camera fit for the casual video call that you make to your friends and love ones.

When it comes to data storage, this phone has an 8GB internal mass memory but don’t worry because you could extend it up to 64GB by adding a microSD card. 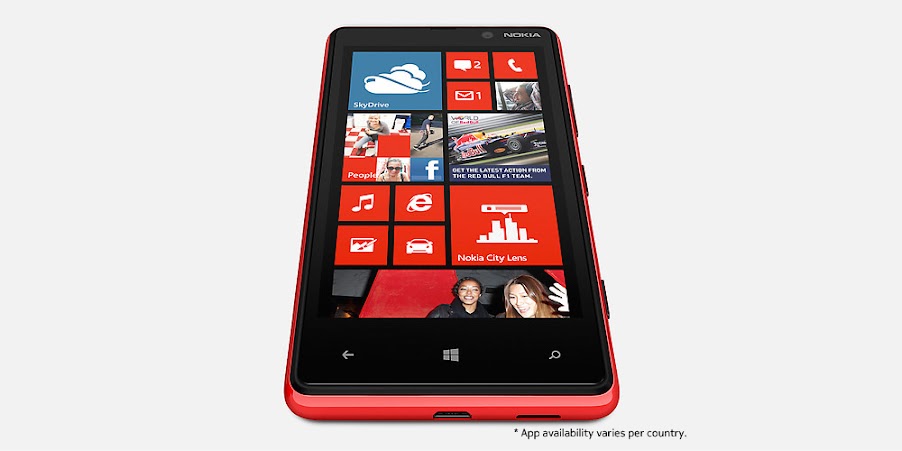 If you think Lumia 820 is the same with that of 620, you’re incorrect because aside from the larger screen (4.3 inch) as compared to that of 620, it has thinner a body of just about 9.9mm but much denser as it weighs 160g. This model also offers a wireless charging feature using a wireless charging case. So to charge it, you just need to place it and forget the cable.

Aside from that, this model has an 8-megapixel rear camera with Carl Zeiss optics that auto focus on your target image. Similar to 620, this phone also has a front-facing VGA camera fit for video conferencing.

Data storage is the same with that of 620: an 8GB internal mass memory that you could extend up to 64GB via a microSD card. 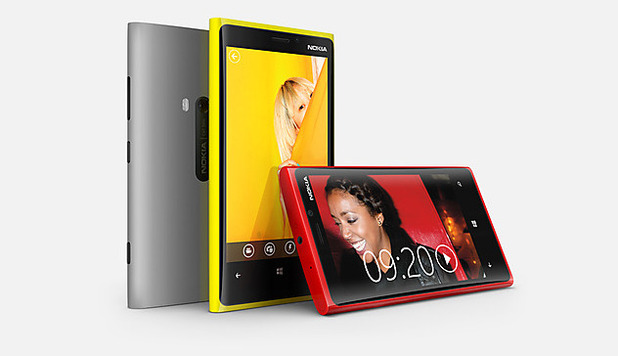 Of course, the higher the number, the higher the specs. Lumia 920 has the largest display screen (about 4.5 inch) great for web surfing, video calling or just viewing the PowerPoint presentation of your business proposal in preparation for an important client meeting. Also, this model is the heaviest among the three (weighs about 185g).

All features of 820 can also be found in this model including the wireless charging thing.

Moreover, this model has an advantage as compared to the other two because of its 8.7-megapixel rear camera with auto focus Carl Zeiss Tessar lens.

Bigger is better, having an internal data storage of 32GB mass memory. Unfortunately, this model has no expandable memory as compared to 620 and 820.

All these phones have their built-in Microsoft Office Application that lets you create or edit a Word, Excel and/or PowerPoint on the go. Also, these models have a unique ‘Smart Shoot’ feature that takes series of snapshots with only one click. Planning on taking a perfect jump shot? Then go ahead!

These Lumia models have also this built-in ‘Cinemagraph’ feature that lets you edit a phone’s video clip distinctively because by just tapping a portion of the video, you could stop its motion while the other parts of the video are still moving! Cool, isn’t it?

But wait, there’s more! Aside from the feature I’ve mentioned above, Nokia has developed this exclusive additional feature which they call ‘City Lens’ that lets your Lumia phone identify a nearby establishment such as coffee-shop, hotels or mall by just holding your phone to a certain direction. Furthermore, it also reveals helpful information of that establishment like the website or contact information. That is so fantastic and exceptionally useful application.

Last Thursday, I’m one of the lucky ‘passer-by’ customers who has experienced to use one of these amazing smart phones, the Lumia 820, in the Avant electronic store located in TriNoma mall. You can avail Nokia Lumia 820 at 0% installment plan using your major credit card. Moreover, when I checked the other products offered by the Avant (Abenson), one of the country’s biggest appliance store which is also the major destination of shoppers for the latest in mobile technology, unbelievably, they are also offering a great payment scheme for their customers since anyone can pay as low as P500/month for the gadget that one really wants, available of course on all major credit cards. 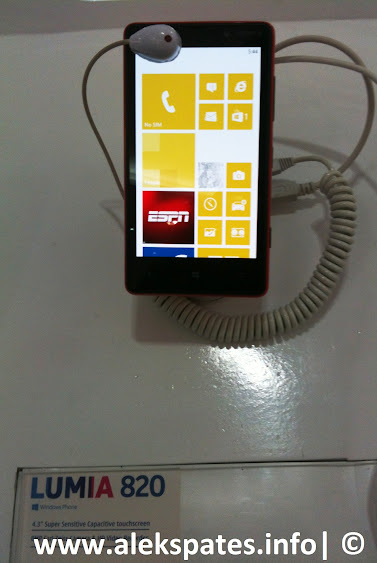 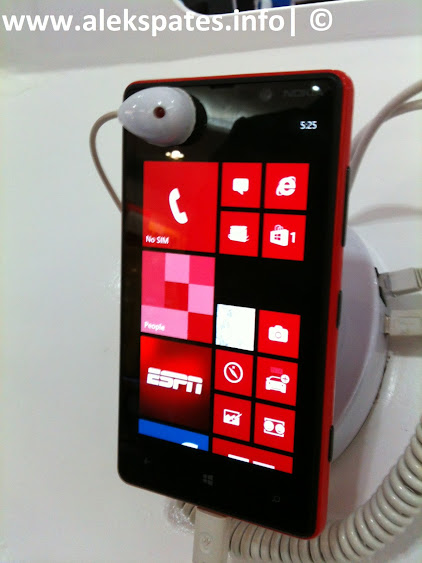 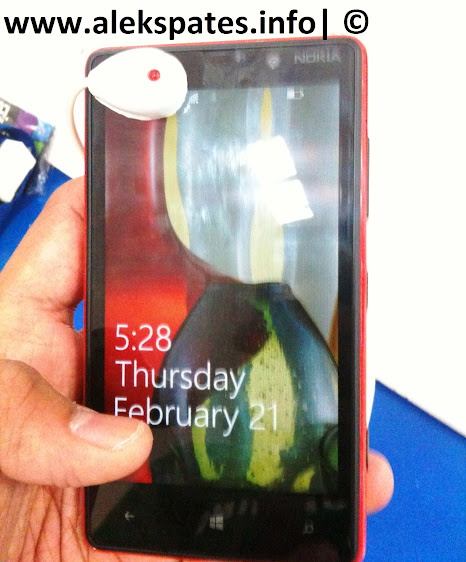 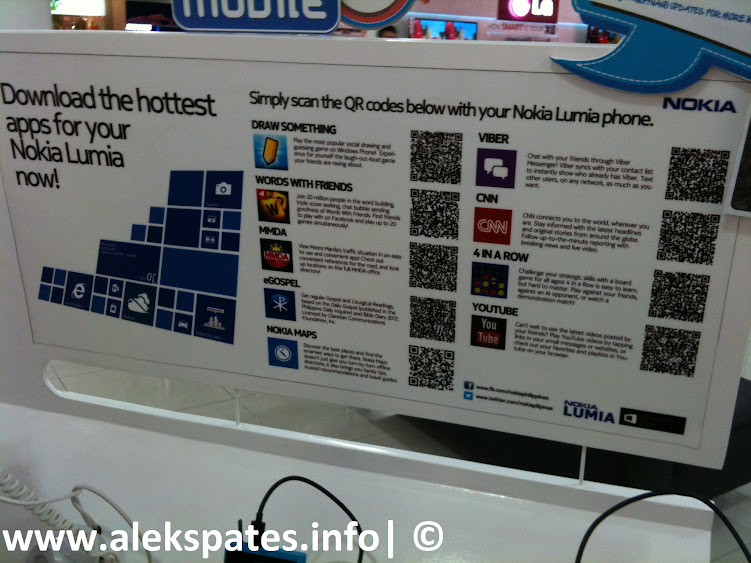 Guess what? I was astonished with how Nokia has evolved their product as compare to the remarkable ones they’ve developed previously. I even recorded some video clips of the Nokia Lumia 820 while using the demo product.

As part of my revealing sentiments, I still have my almost five year old Nokia 5800 Express Music unit and I’m still using it in my everyday life. Now that’s what I call proof of standards that you can find in any Nokia product where specs and price truly matters! (AAP)

Engr. Aleksandre Pates (a.k.a. Aleks or André) is an I.T. Professional and Electronics Engineer by profession, but it didn’t hinder him to enrich his skills and broaden his experience in theater and literary. He is also a College Instructor/Professor, Playwright, Artistic/Creative Director, Singer, Songwriter/Composer, Resource Speaker/Lecturer of Campus Journalism, Editorial Writing, Creative Writing and Leadership Empowerment for Youth. He is a Palanca Awardee, and he was the Editor-In-Chief of The Philippine Artisan (official student publication of TUP-Manila) from 2003-2007. He is a Certified Oracle Partner Expert since 2010, a Certified Harvard Connected Manager, and a member of the prolific playwright organizations in the Philippines, The WritersBloc. He also holds numerous positions in socio-civic and professional organizations like Institute of Electronics Engineers of the Philippines (IECEP – Manila Chapter), FEU Institute of Technology, and De La Salle Araneta University Alumni Association, Inc.
View all posts by Aleks →
This entry was posted in Gadgets and tagged Nokia 2013, Nokia Lumia 2013, Nokia Lumia 620, Nokia Lumia 620-820-920 comparison, Nokia Lumia 820, Nokia Lumia 920, Nokia Lumia comparison, Nokia Lumia Philippines, Nokia Lumia Series, Nokia Smart Phones. Bookmark the permalink.