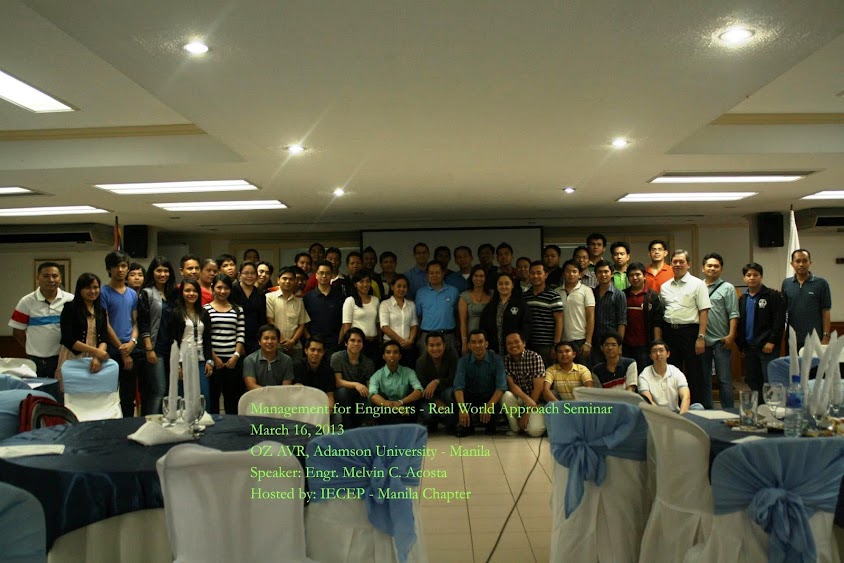 Engr. Melvin C. Acosta, the current National President of the Institute of Electronics Engineers of the Philippines (IECEP) has openly shared his own managing experiences as a Professional Electronics Engineer at ABS-CBN, during the 1st seminar of IECEP Manila Chapter held at the Audio Visual Conference Room, Ozanam Building, Adamson University, San Marcelino, Manila, March 16.

This time the topic was unique unlike the usual technical seminar given by the IECEP Manila Chapter organization. It is about the concepts of Management in the actual corporate world of Electronics Engineering practice. Engr. Acosta was able to discuss the theory behind the effective management using series of Case Study. This kind of approach was somewhat effective to the participants because they were able to visualize the contextual idea of management with real-life examples. Moreover, the participants could apply the concepts directly to their respective jobs since they were able to comprehend each scenario synonymous to their working environment.

With the theme Management for Engineers – Real World Approach, the seminar was attended by a total of fifty Electronics Engineers from different companies. Among the attendees were from the Telecom, Semicon, and I.T. industries, including some who were from the academic institutions. 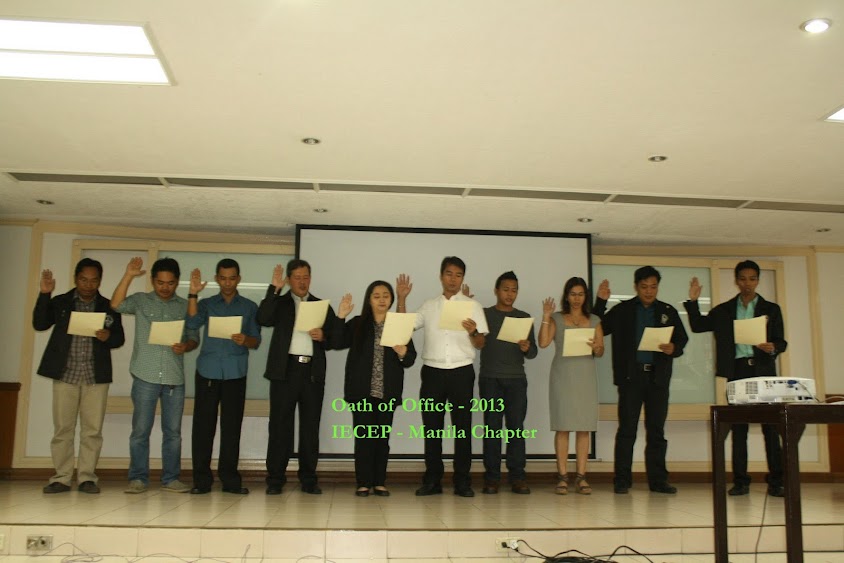 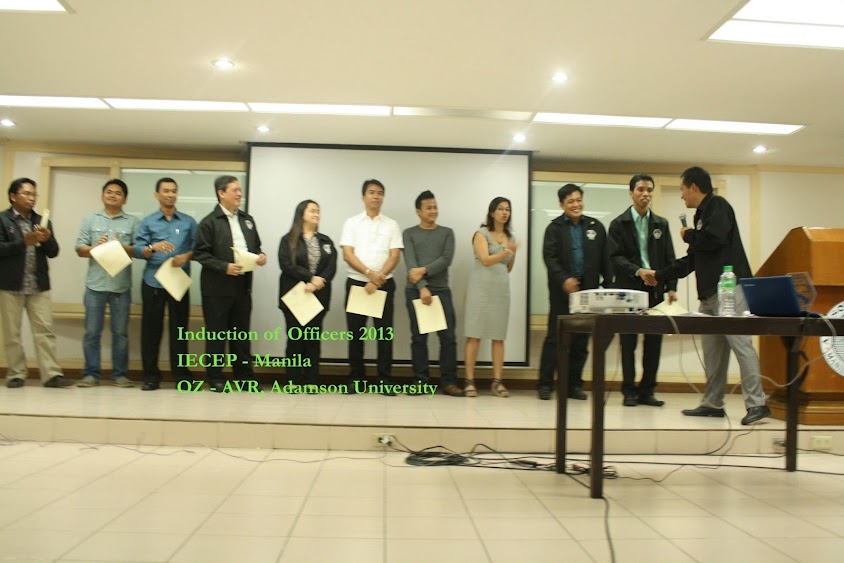 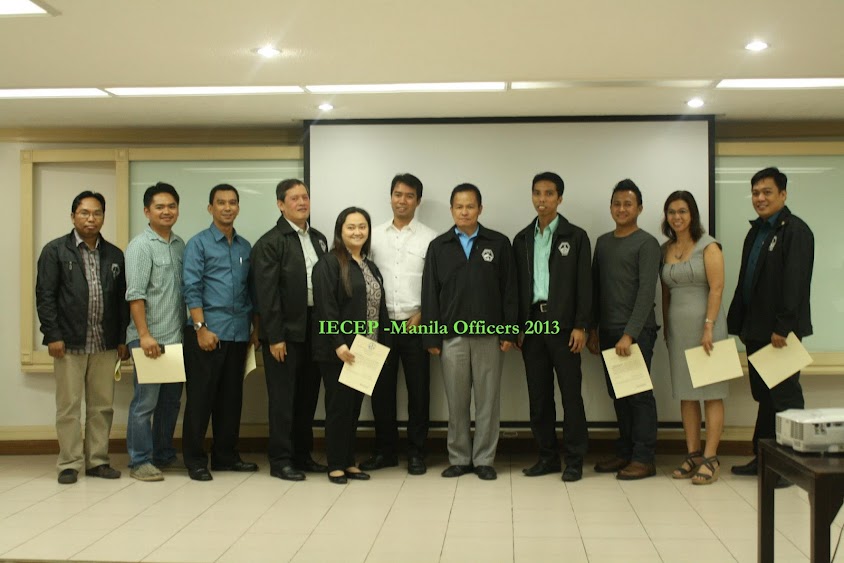 After the Oath Taking Ceremony, IECEP Manila Chapter awarded a Plaque of Appreciation to three of its respected IECEP Manila pillars. Two of which were IECEP Governors who have served the Manila Chapter for two consecutive terms: Engr. Rodrigo V. Carandang and Engr. Evelyn Q. Raguindin. 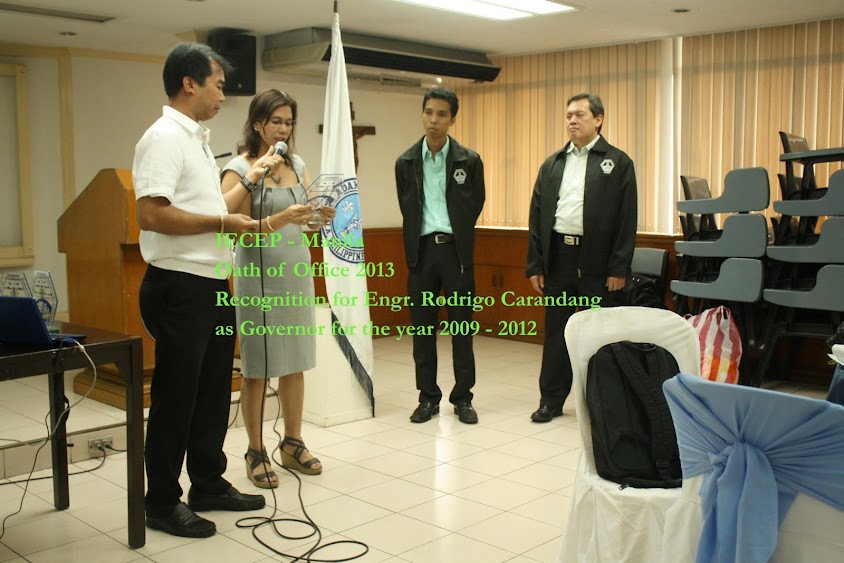 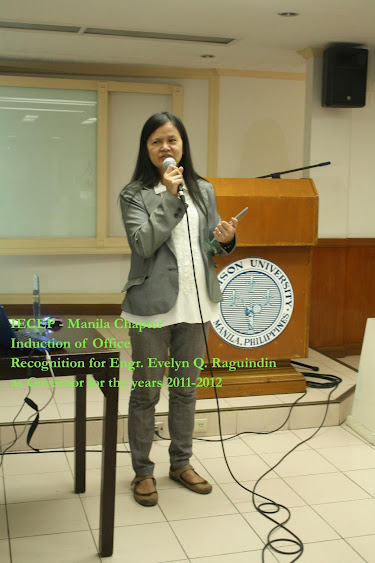 Unfortunately, Dr. Rosula S.J. Reyes, the third awardee and the founder/adviser and office emeritus of IECEP Manila was not around to receive her award. 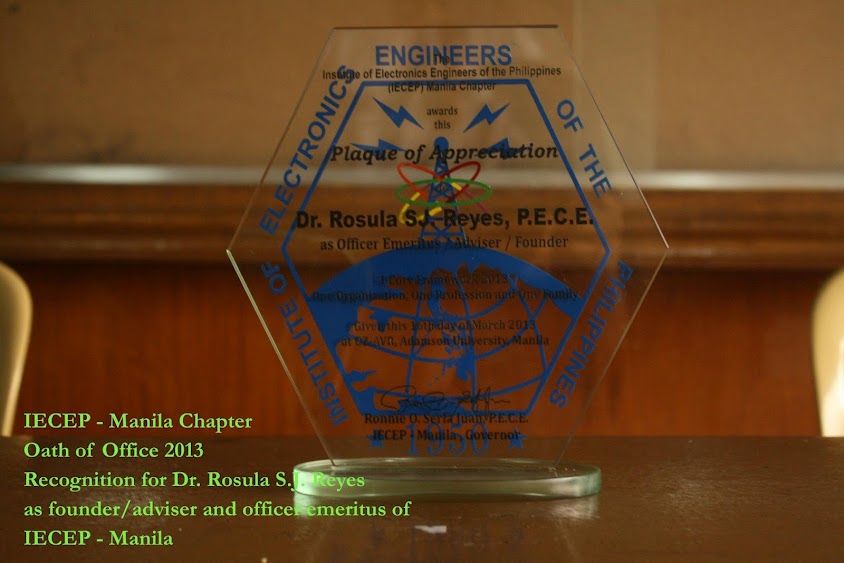 Based on the feedbacks from the participants, this was the kind of seminar that they looked forward in attending to. Over-all, they have evaluated the activity as excellent when it comes to the speaker and the topic discussed including the logistics such as the amount and type of food served, the venue, the schedule, and the seminar fee which they said was just fair.

According to Engr. Acosta, he was glad to announce to the group that it was the first time for him to facilitate as the speaker in a seminar for a big group of 50 participants conducted by a local Chapter, IECEP Manila. (AAP)

2 Responses to Engr. Acosta shares experiences about Management for Engineers