How the Legacy Continues: Long Live The Bourne 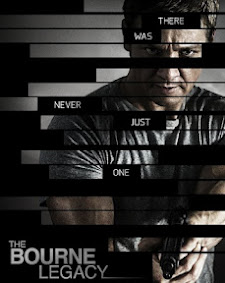 After his astonishing role as Hawkeye (a hero turned into a villain then back to being hero again)  in the film The Avengers, Jeremy Renner has proven once again that his star will continue to shine brightly in his newest movie, The Bourne Legacy.

Renner played another challenging role as Aaron Cross, a secret-agent member of Operation Outcome (Department of Defense black ops program) who boosts their physical and mental capabilities through the pills they called “chems”. At the beginning, he was seen having a training assignment in the freezing water of Alaska.

Afterward, because of the actions of Jason Bourne (Matt Damon) as seen in The Bourne Ultimatum, the other projects such as Operation Blackbriar and the Treadstone have been publicly exposed and since the lead researchers for the Treadstone and Outcome projects appear together at professional functions in public, this has been video documented and has spread all over the internet. This could possibly a potential damaging video revealing the Outcome’s top secret furthermore to prevent exposing the scientific advances of the project, Eric Byer (Edward Norton), a retired Air Force colonel has decided to shut the program to the ground given that the FBI and the Senate Select Committee on Intelligence have already started investigating the incident.

There was never just one… Rachel and Jeremy in front of the Philippine Jeepney during their shooting of the film The Bourne Legacy.

As part of the plan, Byer tried to eliminate the other Outcome agents through the poisoned yellow chems, including the Outcome’s elite private research lab by chemically brainwashing Dr. Donald Foite (Željko Ivanek) and killing his colleagues inside the lab. Luckily, Dr. Marta Shearing (Rachel Weisz), the geneticist has survived the massacre in the lab but later she was attacked by a “D-Track” team of undercover CIA assassins in her house. This time, Cross has rescued her but in exchange convinced her to help him with his medical condition due to the effect of the pills. They went to Manila, Philippines where the chem. labs are located in order to help Cross viral off of the blue pills. 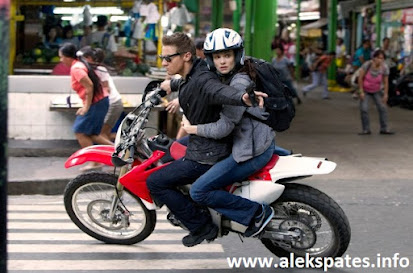 The nerve cracking car-motorcycle chase scene. As a trivia, Renner admitted to one of his interviews that this was the hardest scene they have shot because he was thinking of Rachel’s welfare.

The highlight of the film was the breath-taking car-motorcycle chase held in Manila. I’m still amazed how they made it, knowing that the city during those hours always experience heavy traffic. Thanks to the high end camera and equipments which turned the chase into a thrilling experience for the viewer to actually feel the climax of the movie through the crashing Jeepneys (common Philippine transportation) and buses. But control yourself from loving these kinds of scenes as it would definitely raze your momentum teasing you for a sequel or so.

When you watch the film The Bourne Legacy, you will wonder why they used Bourne in the title even if Jason didn’t personally appear in the film; my simple answer for that would probably due to the word ‘legacy’.

Merriam-Webster tells us that the word legacy means ‘inheritance’ and as a moviegoer, I find it fair that the said film must carry the said title because from what I understood, it was only in Bourne’s story (about a secret agent working for the Department of Defense) that the whole thing was introduced, accepted and enjoyed by the viewer hence there were still lots of others (secret agents/assets) who worked like him in other projects – different perspective from different character under the same story. I think it was strategically the perfect time for the production to finally introduce another secret agent in Cross’ character since Matt has refused to accept the original role.

Tony Gilroy, the co-screenwriter of the Bourne trilogy, directed this fourth Bourne film and I admire him for his directing skill. The story is based on Robert Ludlum’s Jason Bourne series but the plot is totally different from the novel. 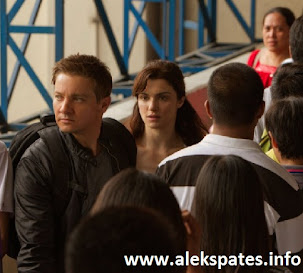 Rachel and Jeremy at the Taft Avenue Station of the MRT in Manila, Philippines

The actors who played the role never failed to give their awe-inspiring portrayal of the characters until the movie ends. Moreover, Rachel and Jeremy have established their own definition of love chemistry but regretfully no one has witnessed that, not even a single kiss was seen from these two.

Don’t get me wrong but I know many of the Bourne trilogy fans would say that the newly installed film does not deserve to be called a Bourne film. Really? But why? I don’t think you can compare Aaron Cross and Jason Bourne because these are two unique dispositions: one who is brave, dynamic and audacious (Cross), and the other one who is quiet and reserved but epic (Bourne). It’s like comparing an apple to an orange! Conversely if you are pertaining to the screenplay, then that’s another thing. (AAP)

Engr. Aleksandre Pates (a.k.a. Aleks or André) is an I.T. Professional and Electronics Engineer by profession, but it didn’t hinder him to enrich his skills and broaden his experience in theater and literary. He is also a College Instructor/Professor, Playwright, Artistic/Creative Director, Singer, Songwriter/Composer, Resource Speaker/Lecturer of Campus Journalism, Editorial Writing, Creative Writing and Leadership Empowerment for Youth. He is a Palanca Awardee, and he was the Editor-In-Chief of The Philippine Artisan (official student publication of TUP-Manila) from 2003-2007. He is a Certified Oracle Partner Expert since 2010, a Certified Harvard Connected Manager, and a member of the prolific playwright organizations in the Philippines, The WritersBloc. He also holds numerous positions in socio-civic and professional organizations like Institute of Electronics Engineers of the Philippines (IECEP – Manila Chapter), FEU Institute of Technology, and De La Salle Araneta University Alumni Association, Inc.
View all posts by Aleks →
This entry was posted in Films and tagged Aaron Cross, Binondo, Dr. Marta Shearing, Edward Norton, Eric Byer, Jason Bourne, Jeremy Renner, Legacy, Manila, Manila Philippines, Navotas, Palawan, Pasay, Rachel Weisz, Robert Ludlum, Sta. Cruz, The Bourne Identity, The Bourne Legacy, The Bourne Supremacy, The Bourne Trilogy, The Bourne Ultimatum, There was never just one, Tony Gilroy, Željko Ivanek. Bookmark the permalink.

2 Responses to How the Legacy Continues: Long Live The Bourne