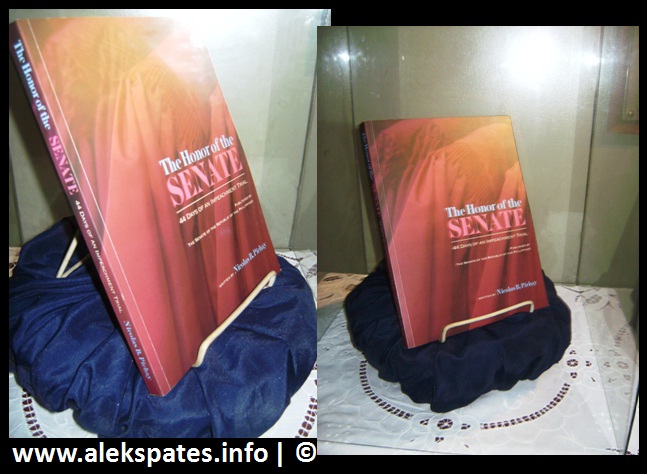 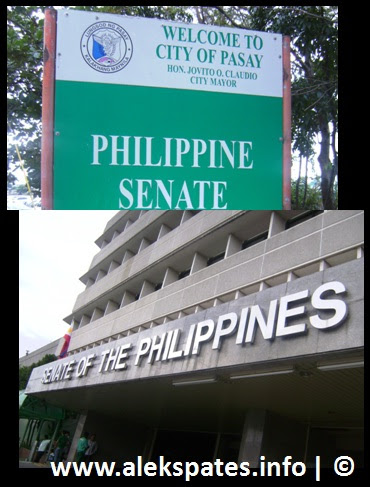 Written by one of the most prolific Lawyer and Playwright, Atty. Nicolas B. Pichay, the book is about the scandalous impeachment trial of former Chief Justice Renato C. Corona that happened only last year. It contains rare documentary photos and write-ups during the 44 days of Impeachment Trial. It covered the said historical event from the beginning of the trial until Corona was adjudged guilty by the 20 senators. 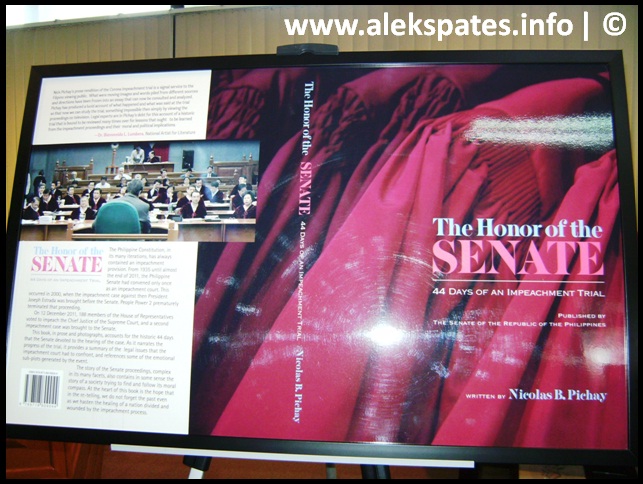 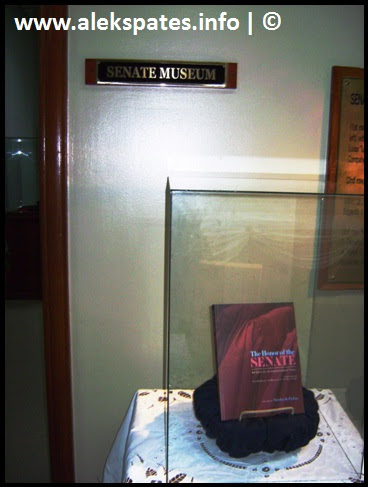 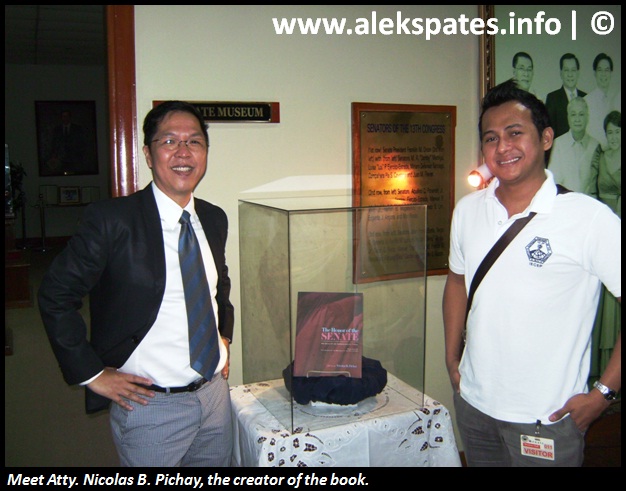 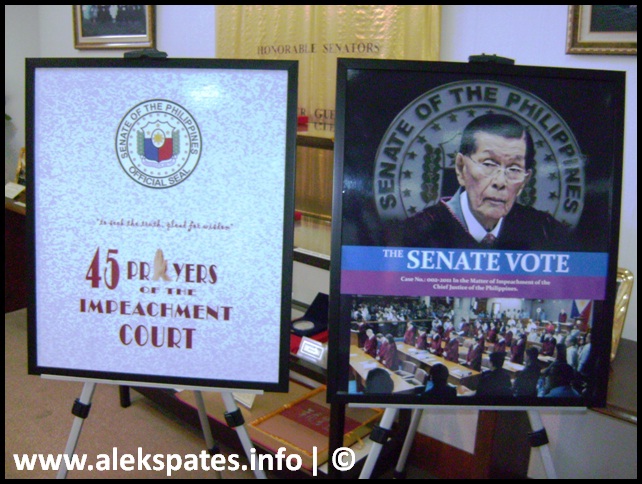 Atty. Pichay who is an active member of The WritersBloc, Inc., an independent organization of profound playwrights, and who was also affirmed as Palanca Hall of Fame Awardee last 2007, said that it took him almost six months to complete his masterpiece. He also shared that the major challenge he encountered was how to narrate the events in the impeachment in a coherent, concise and literary manner from a neutral, objective point of view. 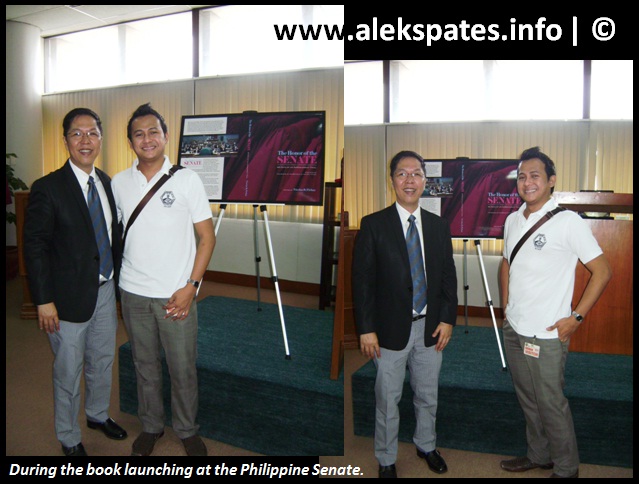 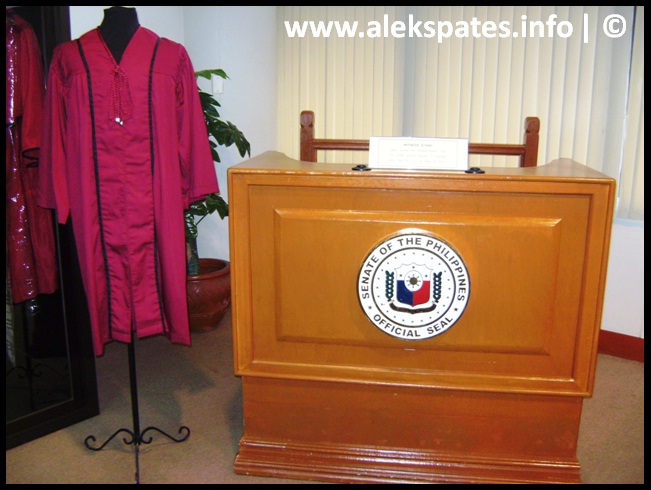 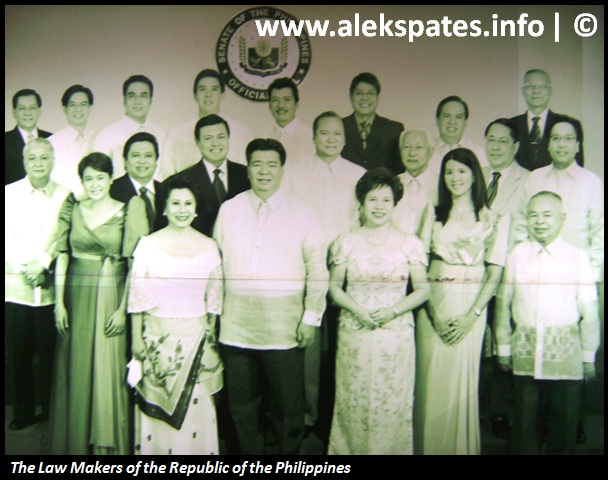 It was truly an honor for the Senate to produce this kind of project since this was one of the momentous events in Philippine history: submitting the Head of the Supreme Court in trial. 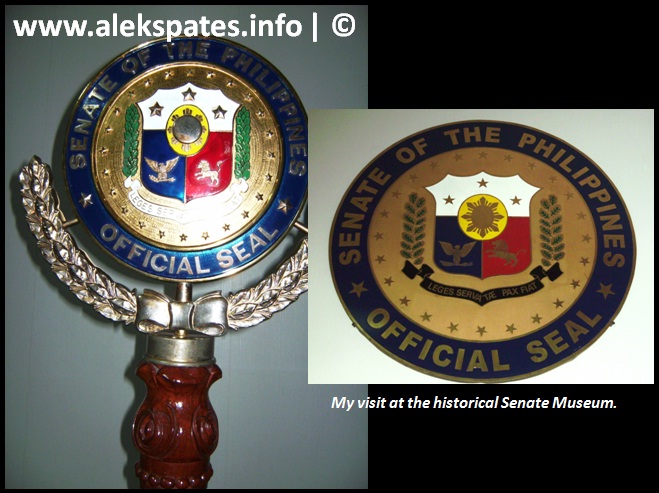 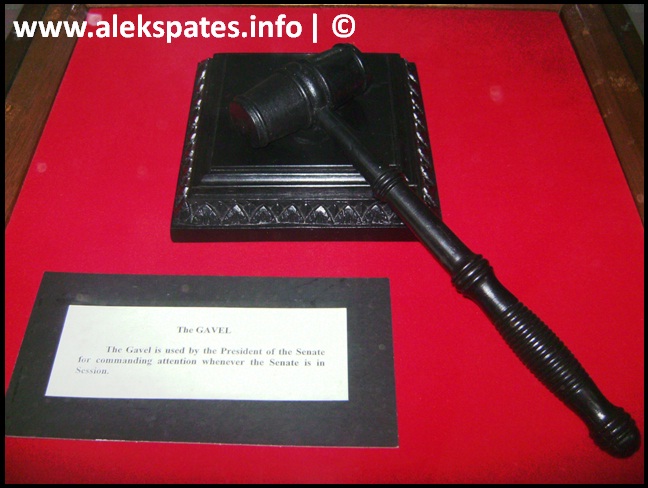 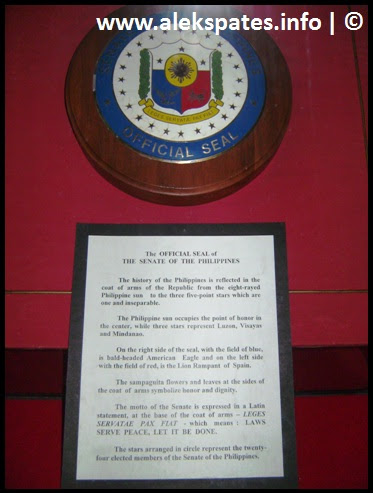 If you are interested to get a copy of the book or if you are willing to purchase one, then embrace uncertainty because the book is not for sale. For now, the Senate only printed 1000 copies and all of it will be given to the Senators, Congressmen, other government agencies and public libraries all over the country. “The book will be made commercially available soon,” Atty. Pichay added. (AAP) 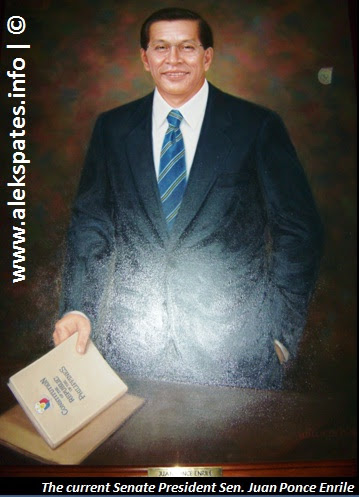 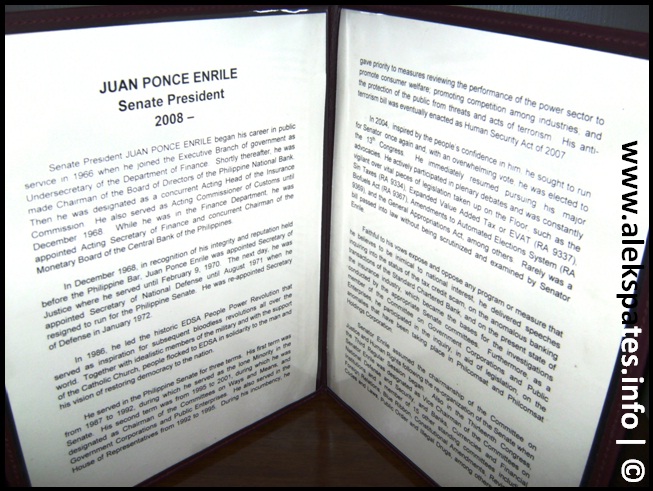 Engr. Aleksandre Pates (a.k.a. Aleks or André) is an I.T. Professional and Electronics Engineer by profession, but it didn’t hinder him to enrich his skills and broaden his experience in theater and literary. He is also a College Instructor/Professor, Playwright, Artistic/Creative Director, Singer, Songwriter/Composer, Resource Speaker/Lecturer of Campus Journalism, Editorial Writing, Creative Writing and Leadership Empowerment for Youth. He is a Palanca Awardee, and he was the Editor-In-Chief of The Philippine Artisan (official student publication of TUP-Manila) from 2003-2007. He is a Certified Oracle Partner Expert since 2010, a Certified Harvard Connected Manager, and a member of the prolific playwright organizations in the Philippines, The WritersBloc. He also holds numerous positions in socio-civic and professional organizations like Institute of Electronics Engineers of the Philippines (IECEP – Manila Chapter), FEU Institute of Technology, and De La Salle Araneta University Alumni Association, Inc.
View all posts by Aleks →
This entry was posted in Publication and tagged 44 Days of an Impeachment Trial coffee book, Atty. Nicolas Pichay, CJ Corona coffee book, controversial coffee book, Lawyer and Playwright Nicolas Pichay, Nick Pichay, Printing: The Senate of the Philippines launches a controversial coffee table book, The Honor of the Senate: 44 Days of an Impeachment Trial, WritersBloc. Bookmark the permalink.