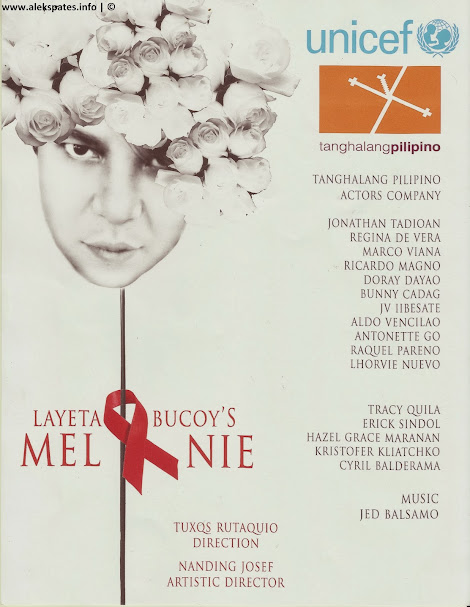 When Human Immuno Deficiency Virus (HIV) was discovered in 1984, it changed the way how people should make an all-the-way relationship from strangers. Well, if it’s just for friendship where you want someone you can talk to, then that’s fine, but if you’re looking for someone to have an intimate something, then you must take extra precautionary measures as you might get one accidentally. 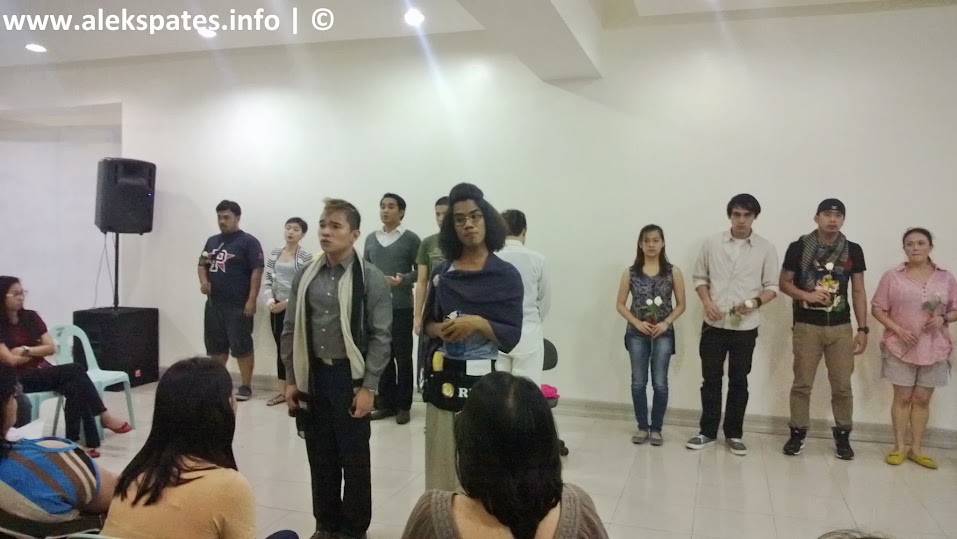 In this year’s Pilot Project on Theatre for Development for HIV Prevention Education, the Tanghalang Pilipino Inc. (TP), a resident theatre company of the Cultural Center of the Philippines (CCP) in partnership with UNICEF joined force through a worthy One-Act Stage Play project entitled Melanie. This project will utilize theatre as an instrument of behavioral change and self-reflection, exploring a non-threatening form of education, raising awareness and enabling positive change amongst young people. 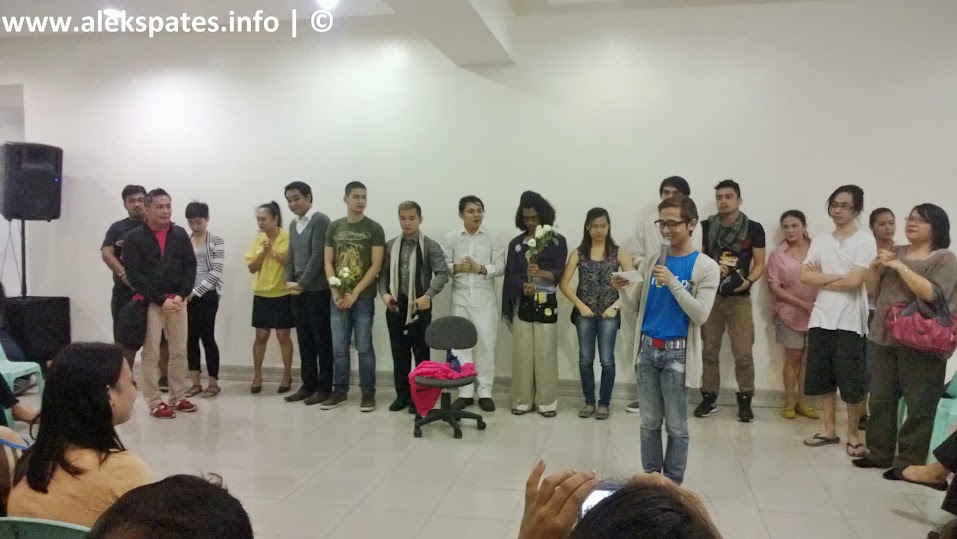 Open forum after the show 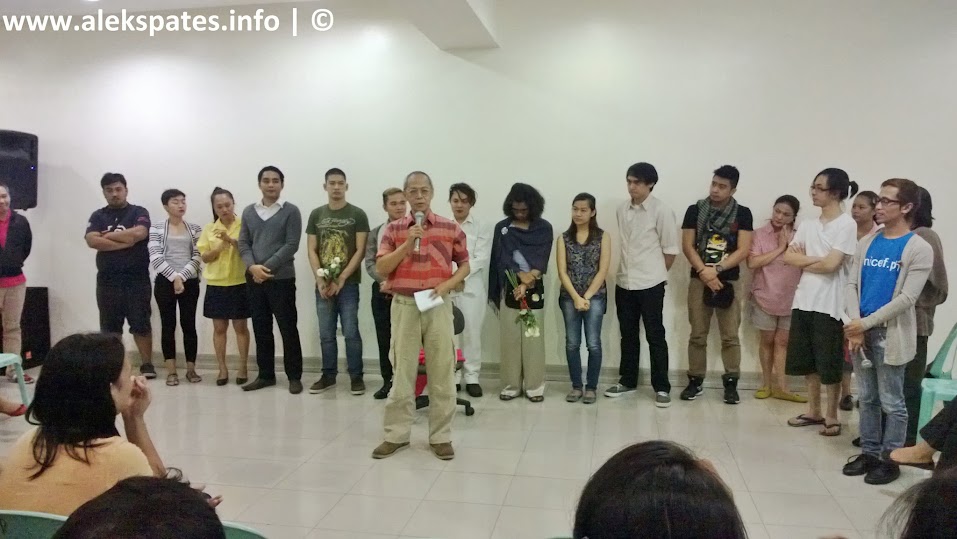 The casts and crew together with Mr. Nanding Josef.

Ms. Layeta Bucoy wrote this one-act play with music by master pianist Mr. Jed Balsamo under the artistic direction of TP’s Associate Director, Mr. Tuxqs Rutaquio. The play is about the death of Melanie as it becomes the subject of controversy by the townsfolk. It creatively begins with a funeral turned disco party. Melanie’s death alarms the community especially those who live there exchanging sexual partners. Each of the characters discusses the horrors of what Melanie has experienced. As the story goes by, we could not only witness the character’s fear of infection but also fears stemming from ignorance and myths. Moreover, we could see their fears of becoming an HIV victim and the rejection of the society. 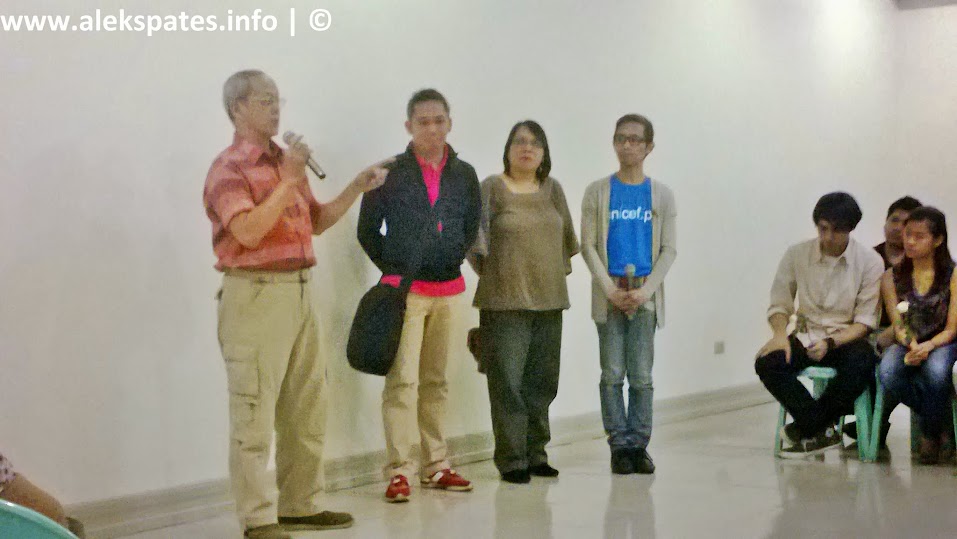 This informative project has included seminars on HIV101 and Stigma Reduction, as well as workshops on Forum Theater, Psychodrama and Curriculum Development. The ultimate goal is not only to provide information but tools for the community to help them create and develop their own ways to raise awareness and eventually reduce the vast widespread of HIV infections. 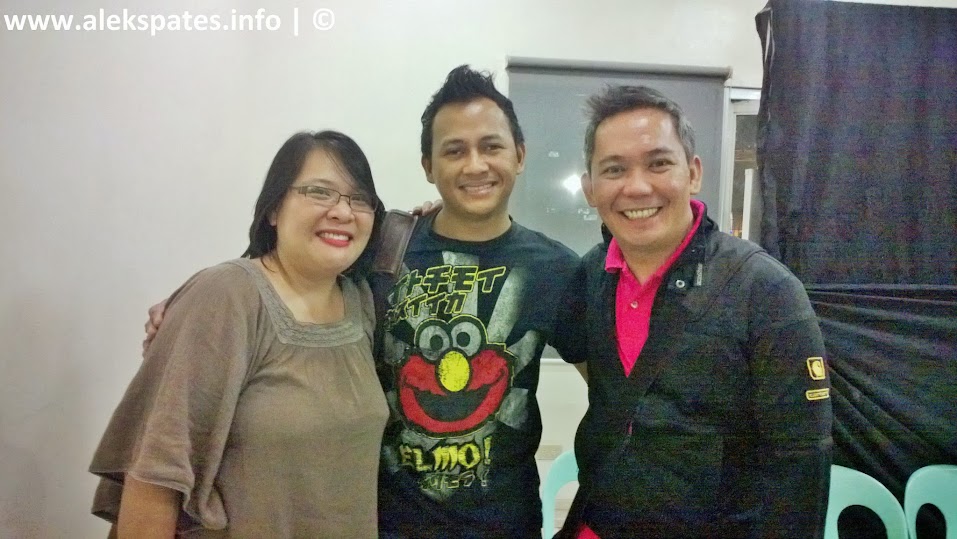 But why HIV/AIDS Awareness and why should we seriously take the alarming condition of such topic for the youth? Based on recent facts, the results are quite disturbing. In April 2013, as reflected in the April 2013 HIV and AIDS Registry of the National Epidemiology Center of the Department of Health (DOH), a total of 388 new HIV cases for the said month alone was reported to the DOH, adding up to 13,179 total cases since 1984. Out of the total 388 new cases reported, 119 cases are among young people ages 15-24. However, these are just reported cases which do not include the other infected people who do not undergone HIV testing. 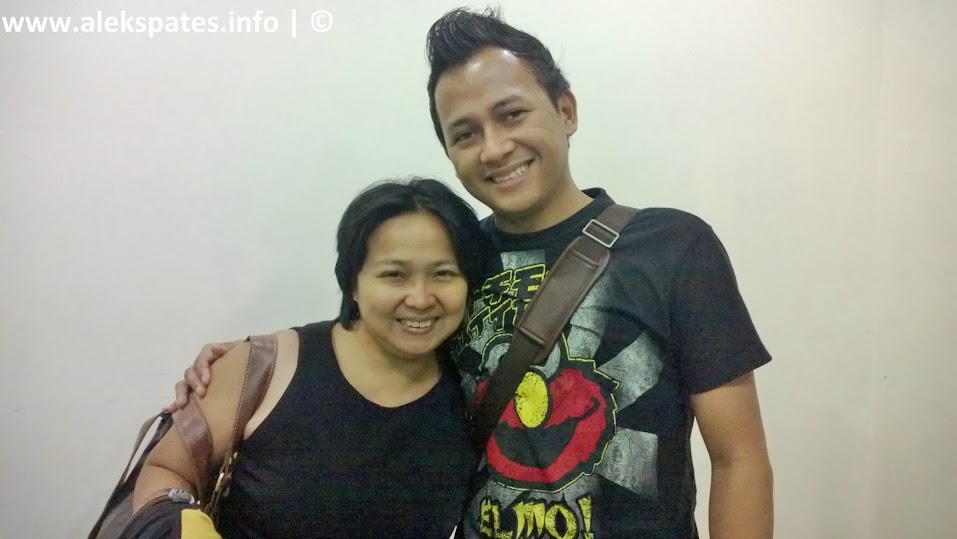 While covering this event, I was glad to meet ate Precious Cundangan (Former Editor-In-Chief of Change Newsletter Magazine of FAD, Inc.)

With this project, TP and UNICEF hope to bring Melanie to community audience not only in Metro Manila but on the other parts of the country. The performance of the play –a theatre forum piece –  will culminate ia a dialogue with and amongst the audience of stakeholders in the community. 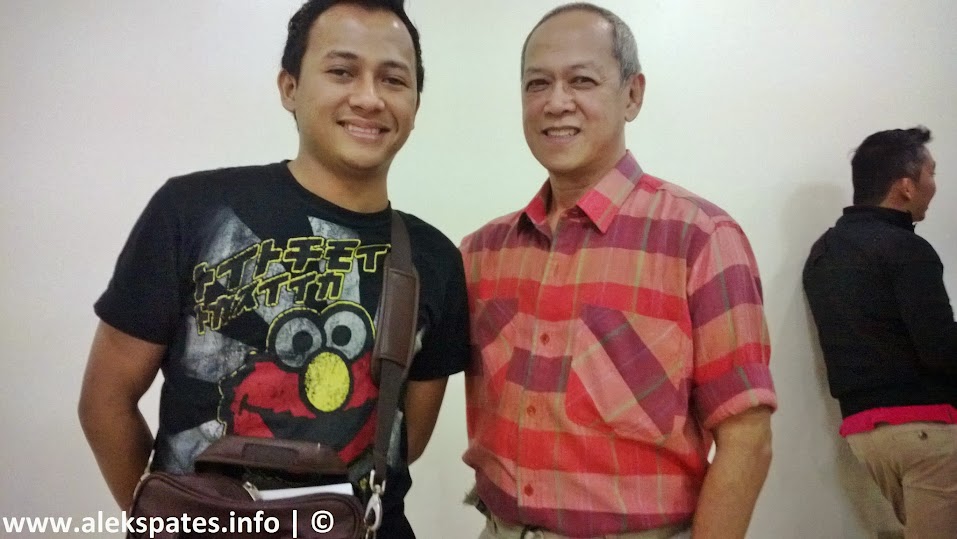 You cannot actually tell if someone has HIV/AIDS by looking only on their physical appearance. No one truly knows unless he or she is tested positively, but there’s one thing that’s for sure, we have helpful information to prevent someone from getting the virus, and we’re lucky enough that this project is born.

We all look forward on the schedule of the shows in the coming months. I’ll keep you guys posted! (AAP)

Engr. Aleksandre Pates (a.k.a. Aleks or André) is an I.T. Professional and Electronics Engineer by profession, but it didn’t hinder him to enrich his skills and broaden his experience in theater and literary. He is also a College Instructor/Professor, Playwright, Artistic/Creative Director, Singer, Songwriter/Composer, Resource Speaker/Lecturer of Campus Journalism, Editorial Writing, Creative Writing and Leadership Empowerment for Youth. He is a Palanca Awardee, and he was the Editor-In-Chief of The Philippine Artisan (official student publication of TUP-Manila) from 2003-2007. He is a Certified Oracle Partner Expert since 2010, a Certified Harvard Connected Manager, and a member of the prolific playwright organizations in the Philippines, The WritersBloc. He also holds numerous positions in socio-civic and professional organizations like Institute of Electronics Engineers of the Philippines (IECEP – Manila Chapter), FEU Institute of Technology, and De La Salle Araneta University Alumni Association, Inc.
View all posts by Aleks →
This entry was posted in Stage Play and Theatre and tagged HIV Stage Play, HIV Stage Play 2013, HIV/AID Stage Play, Jed Balsamo, Layet Bucoy, Melanie, Nanding Josef, Tanghalang Pilipino, Tanghalang Pilipino Inc, Tanghalang Pilipino Incorporated, Tuxqs Rotaquio. Bookmark the permalink.