Metering on Cloud Computing: How Oracle Shares Expertise on Cloud and Big Data 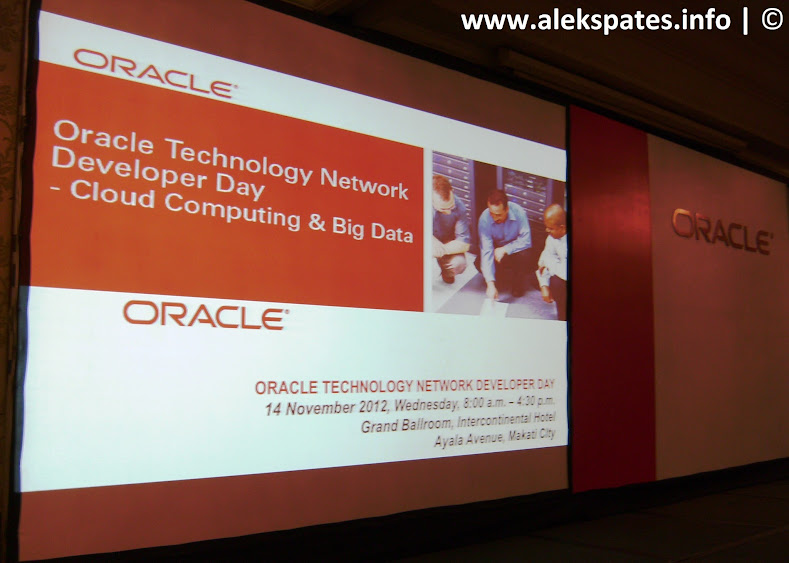 It was my third time to attend an Oracle gathering for this year and this time, Oracle Corporation has successfully shared their expertise on Cloud Computing and Big Data during the Oracle Technology Network Developer Day held at the Grand Ballroom, Intercontinental Manila, Ayala Avenue, Makati City, November 14. 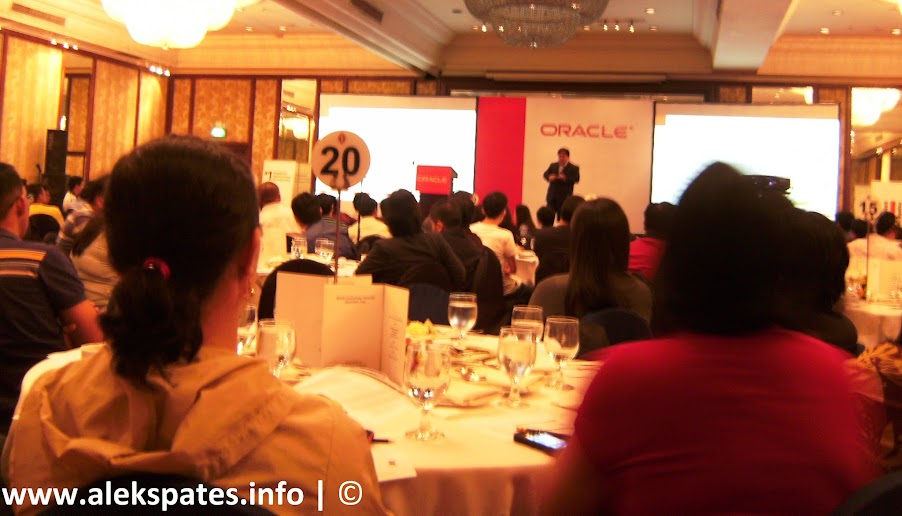 Ranking at #11 in the list of Forbes’ World’s Most Powerful Brand in October 2012, Oracle has never failed the I.T. professionals with its highly competitive product particularly in their latest Cloud Computing. Although we know that Cloud technology has been there for like several years now, still this company has again raised the bar when it comes to innovation. 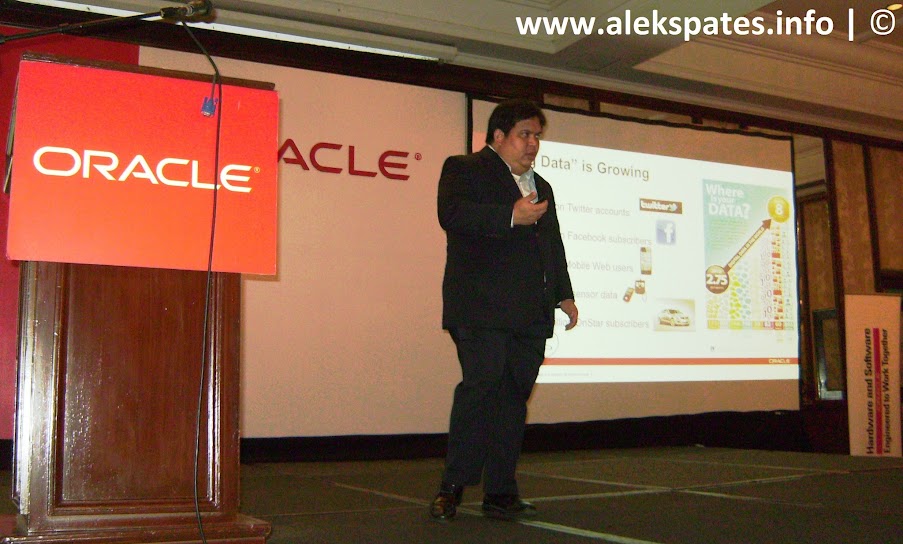 During the conference, Mr. Mike Blancas, Principal Sales Consultant of the Oracle (Philippines) Corporation, was able to share his knowledge on Oracle’s Cloud Service Model. He said that the current release represents a Business Driven Application Management System due to its Total Cloud Control capability. First, it’s because of its Self-Service Deployment capacity wherein the end-users can install and freely configure the application by themselves. They can even select an application to use the database unlike before. Moreover, the end-users can now perform basic monitoring of resources in the cloud due to its Role-based monitoring capacity where they can impose policy-based resource management to provide the service to system only when needed (schedule based), or every time there’s a scale out and scale back actions to support the system (performance based).

Due to the model’s enhanced framework, the support on the system is proactive, meaning it’s extensible and self-updatable. But what intrigues this technology now is that, it can be quantified through its metering and chargeback capability. End-user costing can now be leveraged since the system can track each resources like the number of CPUs connected, amount of memory, length of time usage, etc. which will become the basis of the actual amount the users need only to pay. Furthermore, the costing on usage is highly configurable either per minute, per hour, and/or per resource. 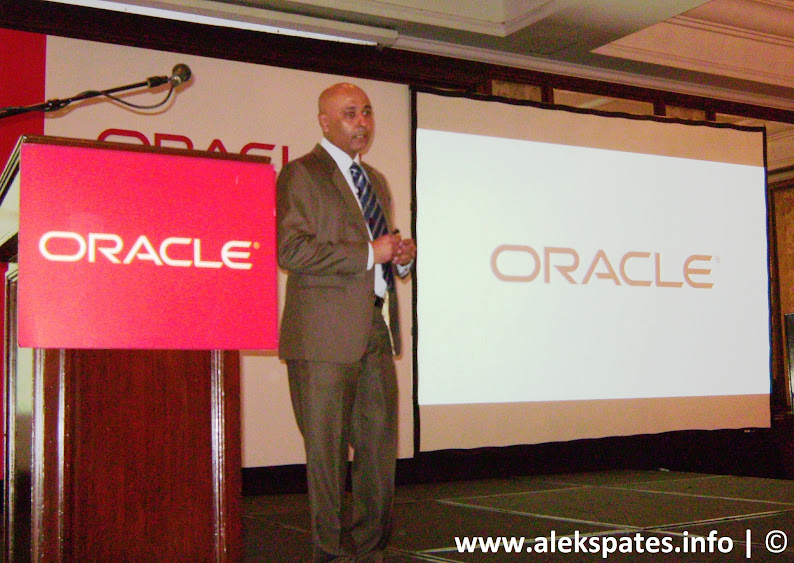 Mr. Niel Pandya during his discussion about Securing Data in Private Clouds.

On the other hand, Mr. Niel Pandya, Senior Manager-Data Security of the Oracle (Philippines) Corporation, discussed the topic on how to secure data in Private Clouds. He mentioned that during the 90’s, Cloud technology for everyone was really a subject for discovery, setting aside the security. However, he shared that Oracle’s Cloud model today considered the importance of data in the Cloud by using the concepts on data discovery, compliance scan, vulnerability scan and security patching. He further exclaimed that the system can audit the database activity in real time via Oracle Audit Vault. Also, it can protect the data in insecure environments through Oracle Data Masking. 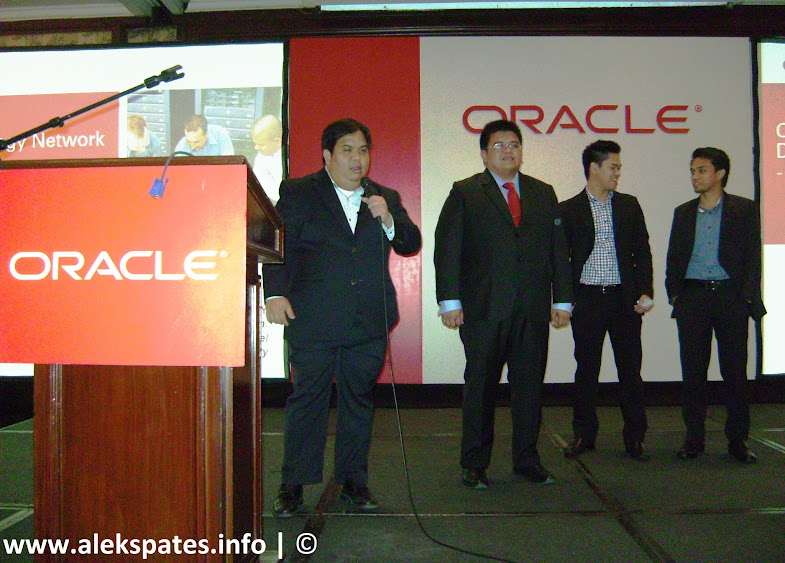 The speakers during their panel discussion.

Among the other topics that have been discussed during the conference were the following: Database as a Service (DBaaS) by Jug Mensenares and Andre Dela Paz; Big Data Technical Overview by Mr. Andre Dela Paz; Oracle NoSQL Database and Oracle Database (a perfect fit) by ER Hapal; and Oracle Advanced Analytics – Oracle R Enterprise & Data Mining by Mr. Mike Blancas.

2 Responses to Metering on Cloud Computing: How Oracle Shares Expertise on Cloud and Big Data