The Devil Inside: Almost believable…

I’m a fan of horror movies: not just a typical fan but an avid fan. I always look forward in watching thriller movies and I really like the feeling of being alone after watching it and scaring myself. I’m not a masochist (for treating myself like that) because I only enjoy the feeling of being afraid of something that’s really not there. 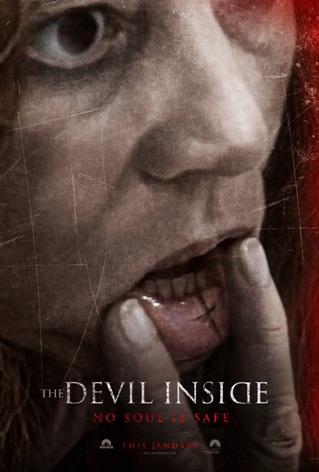 The Devil Inside Movie

Two Sundays ago, I’ve watched the movie, “The Devil Inside” and for me, I must say it’s kinda’ effective and believable. The casts are not that known to me, and the footages and scenes went down to the level of being ordinary. Amateur begets reality, and I think that’s the important component of a film to be more effective and to touch the audience’s sub-conscious minds. Although there were goofs I’ve seen in the film, like a French woman in the video footage who is very fluent in English and she doesn’t have that French accent, literally.

One reason I dislike about this movie is that, the camera is shaky and I almost vomit because of the unstable shots.

In general, I like the film. It’s not that worth watching but it’s worth a try. (AAP)

Engr. Aleksandre Pates (a.k.a. Aleks) is an I.T. Professional and Electronics Engineer by profession, but it didn’t hinder him to enrich his skills and broaden his experience in theater and literary. He is also a College Instructor/Professor, Playwright, Artistic/Creative Director, Singer, Songwriter/Composer, Resource Speaker/Lecturer of Campus Journalism, Editorial Writing, Creative Writing and Leadership Empowerment for Youth. He is a Palanca Awardee, and he was the Editor-In-Chief of The Philippine Artisan (official student publication of TUP-Manila) from 2003-2007. He is a Certified Oracle Partner Expert since 2010, and a member of the prolific playwright organizations in the Philippines, The WritersBloc. He also holds numerous positions in socio-civic and professional organizations like Institute of Electronics Engineers of the Philippines (IECEP – Manila Chapter), and De La Salle Araneta University Alumni Association, Inc.
View all posts by Aleks →
This entry was posted in Films and tagged Devil Inside 2012, Devil Inside 2012 Review, Devil Inside Review, Devil Review, The Devil 2012 Movie Review, The Devil Inside Movie Review. Bookmark the permalink.

33 Responses to The Devil Inside: Almost believable…